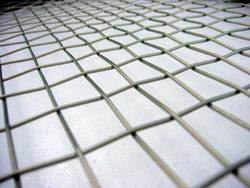 The Atlantic magazine this month has a very interesting article titled: "The New Physics of Tennis: Unlocking the Mysteries of Rafael Nadal's Killer Topspin" by Joshua M. Speckman. In it, Speckman dissects one of the principal reasons why pros today generate massive amounts of topspin on many of their shots.

With the benefit of new ultra high-speed digital video shooting at 10,000 frames-per-second, Speckman shows how the new co-polyester ("co-poly") strings and lubricated strings deliver up to 20% more spin than standard nylon strings. Super slow-motion replay appears to show that these new strings add extra spin to the ball "by sideways sliding and snapback."

This helps to explain why today powerhouse players such as Nadal produce twice as much spin as tennis greats of even the recent past such as Andre Agassi. And it's probably why Roger Federer, widely regarded as perhaps the best tennis player ever, has dubbed today's players "the new string generation."

Read more:
"The New Physics of Tennis", The Atlantic, January-February 2011