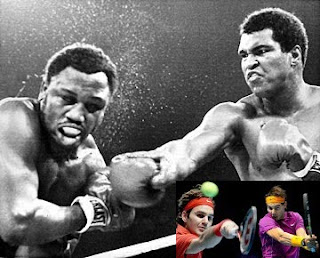 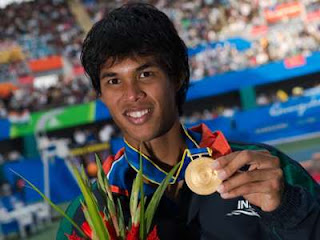 It was India's first ever gold medal in singles tennis at the Asian Games.

Devvarman, who also won the Commonwealth Games gold medal last month, said: “It’s an unbelievable feeling, especially playing with my good friend and for my country.”

This video offers a quick review of the past champions of the prestigious year-end Barclays ATP World Tour Finals. . . 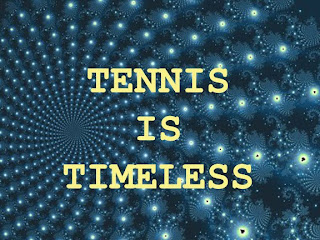 One year ago last November, when I started this Blog Timeless Tennis, I wanted to express my thoughts and information about our favorite topic - tennis!

Thanks to all of you -- my readers, friends and supporters -- we've hit our One Year Anniversary! It's been a fun journey, and I hope to keep it going. . .

Shakespeare wrote the immortal lines: "All the world's a stage, and all the men and women merely players."

The same can be said about tennis.

Tennis is a stage - a platform - on which players showcase the human drama: its victories and defeats, its accomplishments and failings, its tragedies and life lessons.

Indeed, my view is that tennis may be even more than a stage. It's actually a metaphor for life itself. . . and the human condition.

And as long as we are all around, tennis - like life itself - is truly timeless. . .

PS: As you watch this video, questions for thought. 1. How many players were you able to identify? 2. Did this video bring back memories? 3. Or did it make you curious, or even inspire you, to learn more about our historical tennis greats? 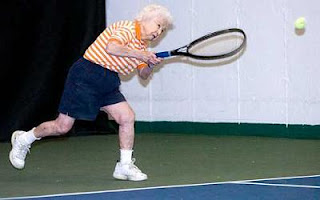 Photo: Joseph P. Meier - Sun Times Media "Tennis is a game that can be played from the cradle to the grave . . . and it is apt to postpone the latter many years."
--- Bill Tilden, How to Play Better Tennis (1950) 90-year old Mary Jane Murphy can tear up a tennis court with serves, slices, smashes and spins. In fact, her tennis friends call her "Tiger."She is the mother of 10, and grandmother of 30. And she plays doubles twice a week, as she has done for more than 30 years at Oak Lawn Racquet Club in Oak Lawn, IL USA."There's no secret", she says. "Just keep moving and don't take any pills unless you have to", she advises.She says that she doesn't feel a day over "55 or 60". And she remembers seeing tennis pro Bobby Riggs play back in the 70s, and even meeting and chatting with him after the match with a girlfriend. "It was wonderful", she said.For Mary Jane, tennis is a great workout. And there are many social benefits also in meeting nice people.

"Choose to be a Great Tennis Player" Video

"Your inner beliefs and notions about tennis, create, govern and become everything you do on the court." Dale LePrevost, www.newTennis.com "Choose to be a Great Tennis Player" is a tennis lesson video by Dale LePrevost. It's about self-confidence and our own beliefs about ourselves. The tennis player that we become may well be the one we think we can and will be. Naturally, there are many aspects of top-level tennis such as technique, strategy, practice, fitness and even raw talent and more. Yet the notion that the architecture and content of our own thoughts help determine our highest tennis performance is intriguing indeed. It may behoove us to watch and consider the challenging ideas in this interesting and "outside-the-box" video. Best, Gary
Posted by Gary Bala at 10:22 AM 1 comment: 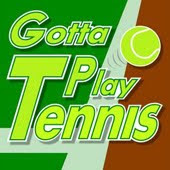 Ron Miller (PTR Certified) is a Tennis Instructor for 20+ Years in the South New Jersey area, with a passion for all things tennis: playing, teaching, advocating and passing on its history.

And he suggests quick and fun improvements to your game in his comprehensive website: GottaPlayTennis.net (GPT)

GPT offers it readers and listeners Podcasts, Blog Articles, Slide Shows and much more, to help club and recreational players with their game.

And it's all done concisely, and often with a light touch, and with a keen appreciation of the history of the game and its players.

I was recently invited as a guest on a GPT Podcast to discuss topics on tennis, including my recent Blog Article on Quantum Tennis.

See you on the court!
Best, Gary