The Most Important Points 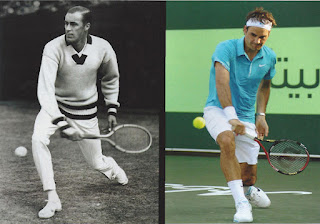 "Playing to the score - Every point in a match is naturally important but there are certain points in each game, certain games in each set, and certain sets in a match which are crucial. The player who knows those points and games, and makes a special effort to win them, will greatly increase his chances of victory. The crucial points in a game are the third and the fifth. The crucial games in a set are the fourth, particularly the seventh and the ninth. The crucial sets are the first, in a two-out-of-three match, and the third, in a three-out-of-five match."

-Bill Tilden, How to Play Better Tennis (1950)
Chapter 16, "Maintaining Pressure on Your Opponent"
Posted by Gary Bala at 2:35 PM No comments: 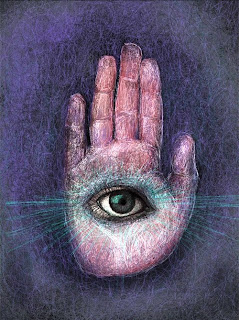 Tennis Quote: Wanna Have Better Tennis Concentration? Get Back to Nature . . . 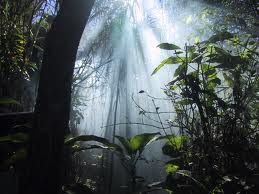 "Philosophers, writers and laypeople alike have long suspected that interacting with nature can have a positive effect on our ability to operate at our best. Recently, scientists have confirmed these ideas.

Why might being in nature (or simply viewing it) alter brain power?

When you're in nature, your surroundings (whether it's a bird chirping or a beautiful sunrise) modestly grabs your involuntary attention, which gives your directed attention time to rest and replenish.

The ability to stay focused in an important match - to concentrate on what you need to do to outsmart your opponent on the court - is just as important as the physical skills your bring to the court . . . nature seems to rejuvenate the very brain processes [directed attention] that are so important for success." 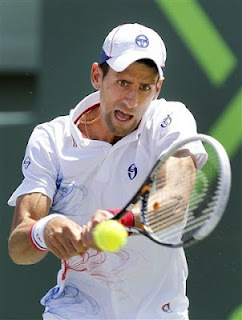 Key Biscayne, FL - World No. 1 Novack Djokovic (SRB No. 1) showed why he is still the man to beat this year in men's tennis.

Djokovic (SRB No. 1) defeated Andy Murray (GRB No. 4) for the Men's Singles Championship in straight sets, 6-1, 7-6 (4) on a warm South Florida afternoon before a sell-out crowd.

And it well-positioned him to confidently start the clay court season in Europe on a glidepath to the next Grand Slam tournament - Roland Garros (French Open) in May.

"I delivered the best when I needed to, and I came up with some good serves when the opportunity was presented," he remarked. "That's what matters the most, really. And that's something that gives me a lot of confidence for the next challenges."

It was Radwanska's biggest win of her career, her 9th WTA professional title, and put her at 26-4 for Year 2012.

Sharapova was clearly frustrated by the slender 5' 8" Radwanska who deftly played a creative, all-court game.

It was a masterclass performance by a rising star in the women's game, and by the first Polish player to win a Key Biscayne title.

"I was trying from the beginning to focus on my serve, and put my first serve in and go for it. I think I did a really good job today and the serve was the key," explained Radwanska.

Congrats to all the winners, players, fans and supporters of the 2012 Sony Ericsson Open in Key Biscayne.

Well done, and see you next year!
Gary 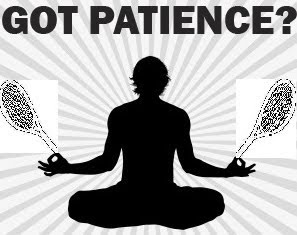 "When a man hurries, the devil smiles."
Old Polish proverb

Here's brief discussion by Coach Greg Moran of patience in tennis, and why it's so important.
Best,
Gary


It is often said that in the game of life, patience is a virtue. In the game of tennis, patience is what separates the players from the pretenders. While players spend hours working on their "huge" serve or their "monster" forehand, they devote virtually no time developing what is undoubtedly the most important weapon a tennis player can have ---- Patience!

Why is patience so important? Simply, because it is the more patient player who will usually win the match. As I have said, many times, tennis is a game of errors as opposed to winners with roughly 80% of all points played, at every level, being decided by someone making an error.

In his fabulous book "Intelligent Tennis," Skip Singleton describes the typical tennis match as "two players trying to give each other each game by making a series of errors until finally someone gives the match away. The winner feels like he has won the match because he was the better player, and the loser feels like he has lost because he has beaten himself. Actually, the loser just gave away the match first! Most matches are lost, not won."

"The name of the game," continues Singleton, "then becomes avoiding errors and playing consistent tennis. Even though this may be the most basic of the basics, it is forgotten time and time again. Your ultimate tactic in tennis should be consistency, no matter at what level you play the game."

What causes errors? Forced errors, as I said, are caused by your opponent's strong shots and there is not much you can do except try to stay out of situations where your opponent can press you, i.e., short balls, weak second serves, etc.

Unforced errors are caused mainly by a psychological breakdown. Our mind wanders and we get sloppy without technique or, more frequently, our shot selection. I believe that a vast majority of unforced errors are the result of a player trying to hit too hard or too difficult a shot when they should simply get the ball back into play.

Unforced errors are the disease of every tennis player. A disease where there is really no 100% cure but whose symptoms can be dramatically lessened with the proper antidote. That antidote? PATIENCE!!!!!