Geometry and the Art of Tennis

The great Greek mathematician Euclid (circa 300BC in Alexandria) is considered the "Father of Geometry". He may have found it interesting that the modern game of tennis is, arguably, mostly a problem of geometry.

The art of tennis is essentially the problem of hitting a tennis ball with as much spin and power necessary to carry it over the net and within the lines of the court to a place where your opponent cannot return the ball.

Thus, geometry is involved with the path of the ball, the configuration of the court, and the positioning of the player.

Most coaches will agree that winning tennis is about moving forward, controlling the middle of the court, cutting off angles and defending as much of the court as possible.

So what do the laws of geometry then instruct us to do on a tennis court?

(Of course, let's not get too technical with concepts like a triangle's hypotenuse or angle of reflection or angle of incidence.)

Here's a simple and short list compiled from writers and coaches who have studied this topic:

1. Creating more angles with your positioning
Move closer into the court. Take the ball on the rise, when possible.
The closer any player moves in, the greater number of angles that they create, not to mention the steeper the angles that they create. The view of the court looks different and more favorable to the incoming player - more court to hit to and easier to see. And the earlier the player hits the ball, the less time for the opponent to react to more angles and to more difficult angles.

2. Hitting cross-court on rallies
When you hit cross court to your opponent in a rally, you gain safety and probability to your game. The tennis net is about 15% lower at the center strap than at the ends (3 feet vs. 3 feet 6 inches). The tennis court (which is 78 feet in length) is also about 10% "longer" if you hit cross court than down-the-line (about 4 feet for singles, 8 feet for doubles), since you "gain" space in hitting diagonally.

4. Recovering back to the middle on defense
In playing defense in tennis, the challenge is to get back quickly to the position where you can safely cover as much of the court as possible against your opponent's potential shots. That position, geometry tells us, is the point at the middle of where you opponent could return the ball.

In other words, to maximize court coverage, a player quickly moves to that area which is the "mid-point" of the opponent's range of return. Notice that top players use this quick recovery to "mid-point" as more than just defense. They use it to actually gain "space" and "time" over their opponent, enabling them to go on offense on their next shot, if at all possible.

Tennis then is a game of gaining the advantage of "space" and "time" over your opponent. And geometry helps us to see how.

Either way, effective use of the rules of geometry intelligently elevates the level of your game. And it will probably help generate more winners and reduce unforced errors. 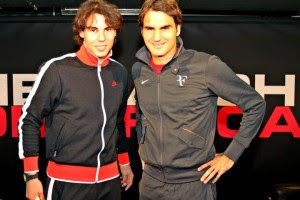 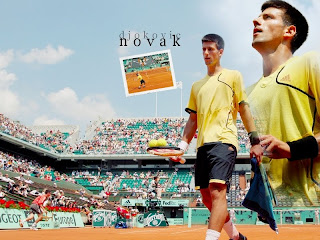 The Dance of Tennis 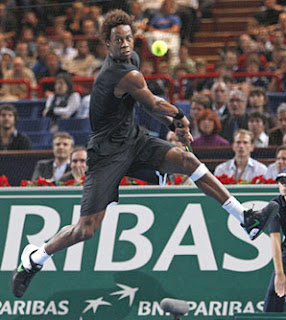 "Tennis is a dance, and the ball is your partner."
David Bailey, Australian coach, footwork specialist and creator of the Bailey Method. Bailey has been cited in the New York Times, "Federer Exerts His Power from the Ground Up", August 30, 2009.

Tennis indeed is a dance. . . the "split-step and go", the "heel-to-toe" weight transfer stepping into the ball, recovery steps, and more.

Coach Bailey has developed a universe of 15 dance or "contact moves" in tennis - essentially an athletic movement in striking the ball.

Here's a brief and entertaining video clip where kids demonstrate many of these moves. . .

The Dance of Tennis (choreographed) 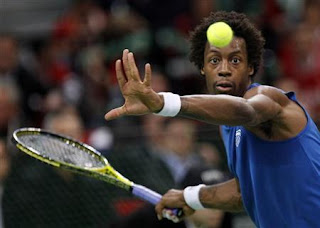