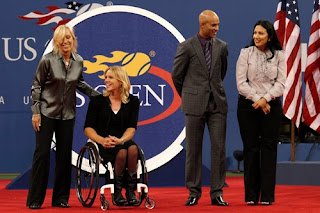 Last night, the U.S. Open's Opening Night Ceremony "Reach & Dream" celebrated and honored the inspiring stories of four people who used tennis, and its benefits and rewards, to overcome adversity and achieve greatly . . .

Martina Navratilova - the tennis champion who won 167 professional titles after defecting from the former Communist Czechoslovakia in 1975. Martina came out as a "gay woman" in 1981, and recently overcame breast cancer.

James Blake - the fan-favorite player who reached No. 4 in the world, won 10 singles titles and became a key U.S. Davis Cup competitor. James battled scoliosis as a child (a condition that forced the wearing of a neck brace), accidentally fractured his neck in practice in 2004, and suffered zoster (a virus which paralyzed his face and threatened to end his playing career).

Esther Vergeer of the Netherlands - the unrivaled wheelchair tennis champion who has been a paraplegic since age 8. Esther has won 11 U.S. Open singles titles in the Wheelchair division, has been ranked No. 1 since 1999, and has not lost a single match since 2003.

Samadzai-Bonner - the immigrant player who was not allowed to play tennis as a young girl in her native Afghanistan. But she found her way to the United States after the Soviet invasion, and discovered tennis as a high school student. She now plays as a USTA member in Alabama and called tennis her "escape from the years of misery I lived through simply because I was born a girl."

Martina spoke to all tennis fans and supporters at the ceremony, and said that playing tennis and carrying a positive attitude helped her overcome her challenges. "Attitude is a choice", she said. So always keep a positive attitude, she urged, and "if you can hit a few tennis balls along the way, that's great too!"

Gloria Estafan, the Cuban-American Grammy-winning singer who recovered from her own personal adversity of a broken back in a bus accident in 1990, closed the ceremony with a performance of her hit song Reach, challenging its listeners to reach for the sky. 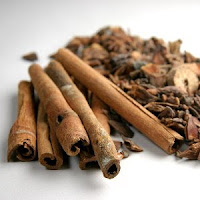 Cinnamon has a long history as a spice with medicinal benefit.

In fact, it is one of the oldest spices known to man.

It was sometimes regarded as more precious than gold. It was mentioned in the Bible and used in ancient Egypt.

It basically consists of the brown bark of the cinnamon tree, and comes in tubular form or in powder.

Cinnamon has been known to offer many health benefits, among them: reducing blood clots and protecting against unwanted microbes.

A recent study showed that cinnamon can actually help you stay focused. It tends to stabilize your blood sugar level and literally speeds the rate at which the brain processes visual cues. Thus, it improves one's responses to fast-paced activities such as tennis, which requires quick stops-and-starts.

Try chewing cinnamon gum before playing tennis. Or sprinkle some cinnamon on your cereal or oatmeal for breakfast. Or add a dash to your coffee.

Tennis and cinnamon - perfect together!

Best, Gary
Posted by Gary Bala at 7:14 PM No comments:

The 11th Dimension of Tennis - the Super Relaxed State 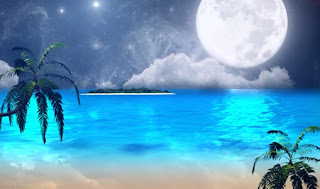 The 11th Dimension of Reality 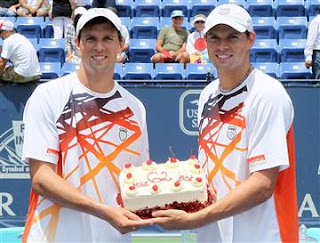 The greatest doubles team of all-time?

The Bryan Brother Twins have made their case, and continue to do so.

Born just two minutes apart in their native California, Mike and Bob Bryan, ages 32, have set a new standard of excellence and dedication to the game of doubles in tennis. And if they remain healthy, the Bryans will probably enjoy many more years of competition and victories with their trademark chest-thumps and serve-blasts.

The Bryans have probably done more than anyone to keep tennis doubles alive and well and thriving in the age of singles. This has prompted many commentators to call them not only extraordinary players but transformational figures in the sport of doubles.

In the words of noted sports writer Peter Bodo: "The Bryans brought an entirely new level of dedication and passion to doubles, serving as competitors as well as advocates and impresarios. Their extreme work ethic and unapologetic zest for the game opened eyes and demanded respect as well as attention."

Mike Bryan has commented: "We think that today doubles is a strong game. When we see a couple of juniors doing a chest bump, or some kid comes up to tell us that he and his partner just won a junior doubles event, we take pride in that. Right now, there are no low-skill doubles players around, and with the singles players playing more doubles, the game keeps getting better—and we need to keep improving as well."

A few tributes from other players:
Daniel Nestor: "They are the face of doubles. They’ve pretty much been the No. 1 team for 10 years. When people think of doubles they think of the Bryans. They are fun to watch."

Nenad Zimonjic: "It’s an incredible record and today it’s more and more difficult to keep winning that many tournaments."

Mark Knowles: "Congratulations to them. It’s quite a feat . . . It reflects how successful they’ve been. More important than the record is how much they have done for the game of doubles. They are both great ambassadors on and off the court and it’s fitting that they have broken the record."

James Blake: "Those guys are sure-fire Hall Of Famers. They have an excitement level on the court and the fans appreciate it. It's such a unique opportunity to see twins play that well with complementing styles of plays and abilities . . . I love watching them when they're on my Davis Cup team. They just punish people. It's a lot of fun to watch from the sidelines."

Andy Murray: "What they've achieved in doubles has been incredible. It's amazing . . . They're really, really good for tennis."

What makes them so good? And what can we mere mortals learn from their play? (Well, many observers and commentators say this:)

**A continuous positive energy for the entire match - they "out-energize" their opponents from start to finish
**Moving together on the court as a team at all times
**Constant communication between each other, in order to work together and complement each other
**Letting go of the last point immediately, and moving on the next

Lessons for life, as well as tennis.

Tribute to the Bryan Brother Twins 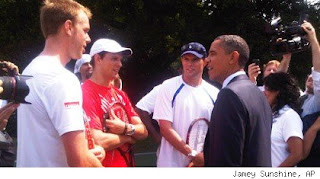 QuickStart offers tennis in a scaled back format, with smaller courts and rackets, to help kids better learn and enjoy the great game of tennis.

The President spoke to over 100 kids attending the clinic. And he met with stars Sam Querrey and the Bryan Brother twins who were helping the clinic's kids while in town to compete at the ATP Legg Mason tournament...

Young tennis player, Alex Miller, age 10, said: "The players said ‘Good job’ and the President told us tennis was a great sport and to keep playing."

Obama told the Bryans: "I read a great article about you in Sports Illustrated."

"I didn't expect to meet the President today," said Mike Bryan. "We stayed a little longer and he showed up out of the blue."

Querrey had just won his second title in Los Angeles, CA at the Farmer Insurance's Classic. The Bryan Brothers twins had also just won the doubles title at the same tournament, their 62nd overall doubles title - a history-setting record.

The event was filled with fun, learning and growth...and in the words of the USTA, "it was a winning afternoon for the game of tennis", and for the fitness and future of our kids! 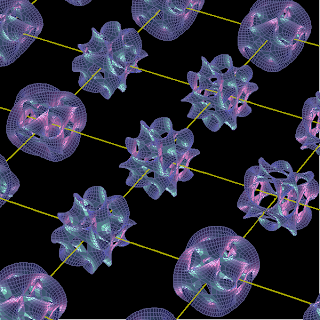 This past month was the 14th anniversary of what many people consider the best single essay on tennis ever written . . .

The String Theory, by David Wallace Foster (July 1996), was first published in the New York Times, and later Esquire Magazine . . . and even today is remarked upon by serious tennis fans and followers as one of the best commentaries on the sport . . .

It was written about world-class player, Michael Joyce, ranked 79th in the world at the time and who currently helps coach tennis superstar Maria Sharapova. Yet it commented insightfully on a range of topics from the unique world of professional tennis, to what separates the top players in the game from all the rest, to the special demands and challenges of the sport . . .

An excerpt:
"I submit that tennis is the most beautiful sport there is and also the most demanding. It requires body control, hand-eye coordination, quickness, flat-out speed, endurance, and that weird mix of caution and abandon we call courage. It also requires smarts. Just one single shot in one exchange in one point of a high-level match is a nightmare of mechanical variables.

Given a net that’s three feet high (at the center) and two players in (unrealistically) fixed positions, the efficacy of one single shot is determined by its angle, depth, pace, and spin. And each of these determinants is itself determined by still other variables -- i.e., a shot’s depth is determined by the height at which the ball passes over the net combined with some integrated function of pace and spin, with the ball’s height over the net itself determined by the player’s body position, grip on the racket, height of backswing and angle of racket face, as well as the 3-D coordinates through which the racket face moves during that interval in which the ball is actually on the strings.

The tree of variables and determinants branches out and out, on and on, and then on much further when the opponent’s own position and predilections and the ballistic features of the ball he’s sent you to hit are factored in. No silicon-based RAM yet existent could compute the expansion of variables for even a single exchange; smoke would come out of the mainframe.

The sort of thinking involved is the sort that can be done only by a living and highly conscious entity, and then it can really be done only unconsciously, i.e., by fusing talent with repetition to such an extent that the variables are combined and controlled without conscious thought. In other words, serious tennis is a kind of art."