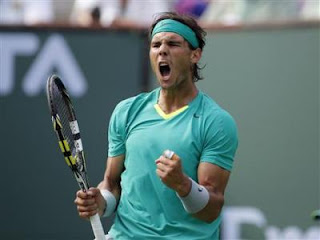 It was Nadal's 3rd title since his return after a 7 month injury absence.

It was also Nadal's 22 ATP Master's 1000 Title, an all-time record, and capped a stunning comeback.

Nadal, an 11-time Grand Slam champion, overcame a gritty challenge from his opponent -- and turned back the final tide in a battle between two of the biggest forehands in the game today.

After the match, Nadal reflected on painful moments in his layoff, and then remarked on how he prevailed in the battle: "When I was able to calm myself, I began to play better. I started to play a little bit slower. My movement was unbelievable."

As for Del Potro, the big Argentine played a fantastic tournament beating Olympic Gold Medalist Andy Murray and World No. 1 Novak Djokovic on the way to the finals. He stands as a powerful threat for the rest of the tennis year.

Meanwhile, in the women's championship, Maria Sharapova (No. 2, Russia) blasted her way over Caroline Wozniak (No. 8, Denmark), 6-2, 6-2 with her trademark power-hitting tennis.

It was the 25 Year-Old's first WTA title this year, and second Indian Wells championship.

Sharapova is one of the most recognized female athletes in the world in any sport, and reportedly also the highest-paid.

It was another great tournament in the California desert this season.

See you next year!
Gary 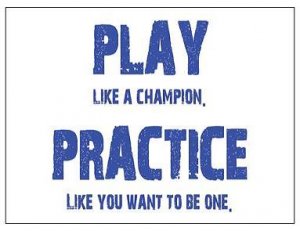 "I'm a big believer in practicing how you play and vice versa. Jimmy Connors was incredible at this, and so was Michael Chang. In today's game, no one does it better than Rafael Nadal. Concentrate on every shot you hit in practice and in matches. If you give everything you have every time you play, you'll get a lot more in return."

Peter Burwash
Tennis Magazine, March-April 2013
"Learn From the Past", Page 76
Posted by Gary Bala at 4:50 PM No comments: 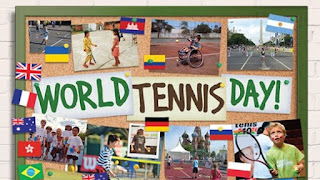