Article Review: Neurotopia - Brain Training to Improve Concentration in Tennis (or anything) 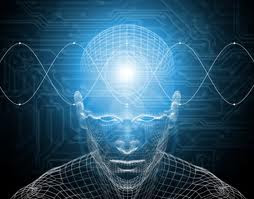 World No. 1 Novak Djokovic made famous a chamber-like device which the Wall Street Journal called "The Egg".

Some called it Novak's "secret weapon" because he trained with it just before the 2010 U.S. Open, in which he roared his way to the finals.

It is found at the tennis academy in New Jersey owned by former pro Gordon Uehling, III, as part of his futuristic program.

But Uehling's program doesn't stop with the physical dimension.

His system offers something even more sci-fi --- a brain-training method to improve mental performance in sports called Neurotopia.

It's a video-game-like technology which is at the cutting edge of sport science.

Sensors are placed onto to a subject's head, and reactions are monitored to a series of signals representing stress and lack of focus.

After a "personality profile" is developed, the subject and his sensors are then connected to a video monitor depicting a cartoon-like 3D car that you might see in a video game.

The more the subject focuses on the car on the monitor, the faster and faster it moves. This enhances the subject's general concentration levels.

The subject is then given signals of increasing stress, and encouraged to maintain and even accelerate the car's pace. The result?

The subject's concentration levels are unconsciously and dramatically improved, even under stress.

Imagine applying heightened concentration levels when you get tight, such as when finishing out a match, holding serve or avoiding double faults.

Ask Mike Bryan of the Bryan Brother twins about Neurotopia. He took 20 sessions last year, and says it helped.

"I can hold my focus longer, and I feel like I can turn it on when I need it," remarked Mike. "I wanted my body to be relaxed, but my brain to be working, and that's how I feel."

The article's author Tignor summed it up this way:

"Brain training is in its early stages of its development, and no one knows exactly where it will lead." 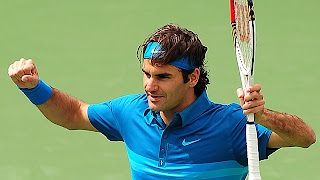 Indian Wells, CA - Like fine wine or cheese, he just keeps getting better with age.

It was Federer's 73rd professional title, 19th Master's title, and 3rd ATP title this year. He became the first player to win the Indian Wells title for the fourth time.

Federer successfully blunted Isner's massive serving, and avenged his loss to the young North Carolinian last month in Switzerland at the Davis Cup.

The first set was razor close, culminating in a tense tiebreaker in which both players fought off some nerves, with Federer ultimately prevailing.

The second set saw Federer playing more relaxed, and producing some of his best tennis and serving.

The weather was sunny and beautiful all week for the tournament, until today when the conditions were a bit windy, with some rain.

Nevertheless, Federer adjusted to conditions effectively. And he treated the capacity Californian desert crowd to some wonderful tennis play and gentlemanly demeanor, all in classic Federer-form.

"I'm happy I survived the early rounds to give myself a chance. I couldn't be happier," remarked the Swiss star. So far this year, Federer is the hottest player on the ATP tour.

Meanwhile, the Women's Single's Championship saw a re-match of the recent Australian Open final. And a similar result.

Azarenka displayed some powerful and consistent shot-making, riding a growing wave of court confidence. She sports a 23-0 record this year, with four straight WTA titles, so far.

"I had a lot of tough losses last year, and so now I'm really trying to turn it around in my own favor. I never dreamed this would happen," commented the top-ranked young Belarussian star.

Congrats to all the winners, players, fans and supporters at this year's BNP Paribas Open at Indian Wells.

See you next year!
Best, Gary 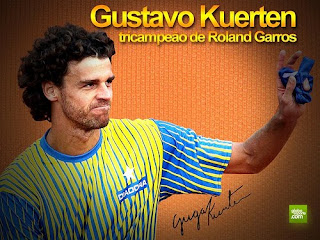 In a well-known comment, Guga once reminded us about concentration in tennis, and how critical it can be.

After one unusually long and tortuous match in which he ultimately lost, he confessed that it was "hard to keep my concentration, which is probably one of the most important parts of the game."

Guga retired in 2008 at Roland Garros in Paris.
Congrats, Guga. 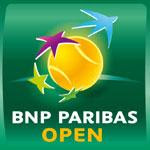 Here's a short video previewing one of the top professional tennis tournaments in the world.

Energy! It's the Foundational Force in Tennis and the Universe . . . 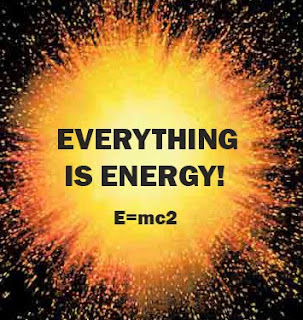 I. Energy in the Universe
On October 04, 2011, three U.S.-trained physicists, Saul Perlmutter, Brian Schmidt and Adam Riess, won the Nobel Prize in Physics for a stunning discovery.

They found that our universe is not only expanding, but that the expansion was happening at an astonishing pace - and thus that our universe theoretically contains a mysterious and unknown energy different from anything that science ever fathomed.

Observations by Astronomer Edwin Hubble and his team, as far back as the 1920s, had previously established that our universe was indeed expanding out into space after the so-called "Big Bang."

But the discovery that the universe's expansion was accelerating - at a monumental rate - was an unexpected and mind-blowing finding.

In 1998, separate research efforts were undertaken to study light from distant supernovae by Perlmutter and his Supernova Cosmology Project team, and Schmidt & Riess and their High-Z Supernova Search team. Both teams reached the same staggering conclusion.

The universe was not slowing down as would be expected from the effects of gravity eventually pulling together stars, galaxies and matter. Rather, it was picking up speed as it expanded further out.

This is like throwing a set of car keys into the air, and watching it speed up faster and faster as it travels away from you!

Something else was at work beyond the classical theory of "attractive" gravity. Oddly enough an alternative theory was already in place - offered by Albert Einstein himself, though he called it a "blunder" at the time.

It was the concept of the "cosmological constant", also called the "repulsive" gravity of empty space.

Physicists now call it "Dark Energy". It seems to permeate the very fabric of what we thought was just empty space. And it appears to be "pushing" the universe outward.

And based on the most recent data of both the size of the observable universe and rate of its acceleration, our best research teams say that this "Dark Energy" makes up some 73% of the weight or content of the known universe - by far the biggest portion!

It was always known that empty space contained a tiny fractional amount of energy. But the amount of theoretical energy in empty space suggested by the acceleration rate of the universe's expansion is far, far greater than the miniscule amount previously measured.

How much more? Something like 10 to 120th power - in other words unimaginably more than what we ever thought.

Dark energy is now the biggest mystery of the observable universe.

What has been confirmed by our best astrophysics teams is what we all intuitively knew about our cosmos, especially after Einstein's iconic formula E=mc2:

II. Energy in Tennis
And how does this apply to our humble game of tennis?

High-level tennis is singularly about movement and quickness in footwork - in particular quick reaction and early preparation. And that is all about high levels of energy.

Top players are best and immediately identified by their crisp, precise and often dazzling footwork. A split step is followed by an explosive reaction towards the ball and intense adjustment "baby-steps." And energy is the source code.

Sport science has, of course, studied energy systems in sports. In fact, tennis is categorized as a sport requiring both explosive energy (for quick first step to the ball) and endurance (over long sets).

For explosive energy, sport science tells us that an important compound in the body's metabolism of this type of energy is: creatine and phosphocreatine, in chemical partnership with something called ATP (adenosine triphosphate).

We know that many athletes take creatine as a dietary supplement to help the body produce muscular energy.

Novak Djokovic remarked during his record-breaking win streak in 2011: "There is always energy if there is motivation."

Motivational coach and author Tony Robbins explained why achieving high energy is key to sports, tennis or any endeavor in life:

Energy in tennis, sports, life and the universe - energy is everything!