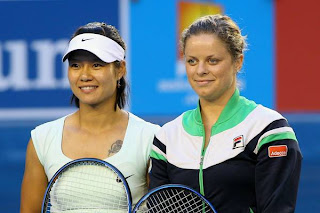 It was Clijsters' first Australian Open women's singles championship. Meanwhile, Na was the first Chinese and Asian player to reach the women's singles final of any major Grand Slam tournament.