Tennis Quote of the Day: Tennis and Fitness 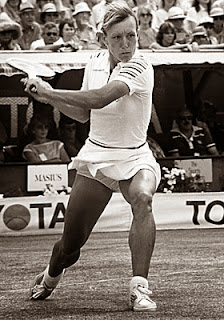 
"Few players have influenced tennis to the extent that Martina Navratilova has . . . Her gift to tennis was her fitness. More than any other player, she showed what a great tennis player could do when she also became a great athlete."