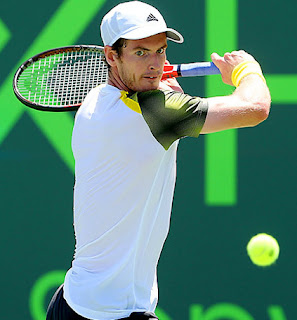 The match lasted 2 hours and 45 minutes in a blistering South Florida humidity before a sell-out crowd and national TV audience.

The win was Murray's second Sony Open title in Miami, and propelled him to World No. 2 rank, past Roger Federer.

Murray, the 25 year-old Olympic Gold and U.S. Open champion, saved a match point in the third set and closed out the tie-break in convincing fashion. He explained later that it was really a battle of attrition to see who could out-last the other.

"It was a just a brutal, brutal match today, and both of us were kind of on our last legs," confessed Murray. "It was one of the toughest matches I've had to play in a Masters series, for sure."

Murray is known for his off-court regimen, and is considered one of the fittest players on the tour.

Williams won each of the last 10 games, for her 6th Sony Open title in Miami, overtaking the previous record held by Steffi Graf.

Congrats to all the winners, players, fans and supporters of this year's Sony Open in Miami.

See you next year!
Gary
Posted by Gary Bala at 5:58 PM